Dawn Comstock, PhD.  As one of the country’s leading high school injury surveillance published researchers whose studies have influenced policy change and best practices, Dawn’s dedication and tireless voice to improving the health and safety of young athletes is significant. 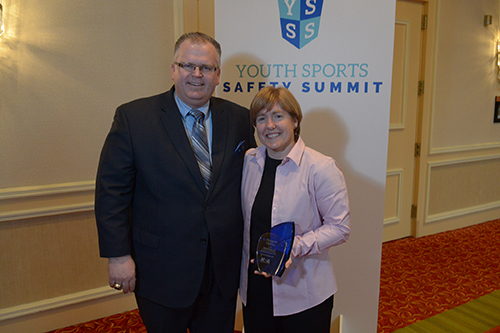 NFL Foundation. The NFL Foundation’s commitment to youth athlete safety embodies the spirit of this award through its leadership in initiatives such as: USA Football’s Heads Up Football, funded in part by the NFL Foundation, that emphasizes safer and smarter ways to play and teach youth football; and the NFL Foundation Athletic Trainer Program, which provided matching grants to NFL Clubs to fund athletic trainers in underserved middle schools, high schools and youth leagues nationwide. 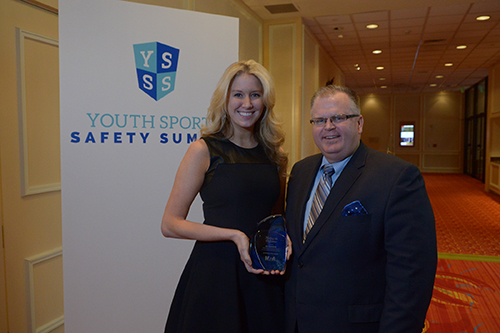 Dallas Independent School District (DISD). DISD’s hiring of one or more full-time athletic trainers for all high schools in the district reinforced its commitment to athlete safety. As the 14th largest district in the nation, their dedication to improving the health and safety of young athletes is significant and wide reaching for athletes in urban and suburban communities. 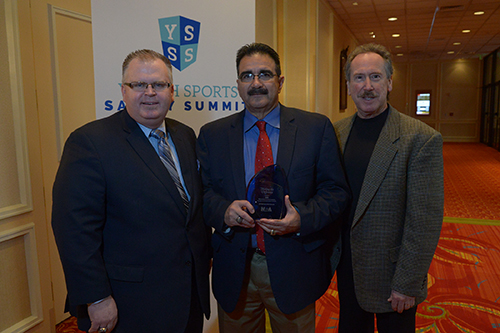 Congratulations to our award winners!