Two months ago, I was given the opportunity to fulfill a lifelong dream by serving as an athletic trainer for the USOC Medical Staff for the 2014 Winter Olympic Games in Sochi, Russia.  A common question I hear is, “How did you get involved?” Like anything in life, there are multiple paths to get to the same destination, but I can certainly share mine.

The first step was searching for the USOC Sports Medicine Volunteer Program (during which I quickly learned you needed to be a practitioner for at least three years prior to even APPLYING for the program). I was stunned. You mean they want experienced clinicians working with the world’s best athletes? Well, I guess that makes sense. So I went off to graduate school, then the workforce.  I tabled my dream and ended up applying four years later.

Months later a letter appeared, and I was invited to spend two weeks at the Olympic Training Center in Lake Placid, N.Y., where I served my rotation with another AT and an orthopedic physician. We covered various sports for two weeks, including skeleton, luge, rowing and ice hockey. I was evaluated by any athlete/coach/sports medicine staff with whom I came into contact. If the rotation went well, I would be invited to a national trip with a team when, and if, an opening became available.  The following year I was invited to travel with the US Skeleton and Bobsled Federation to Park City, Utah for a two-week volunteer stint. I had never been to a track before, and the sport was entirely new to me– world class sprinters who flew down the ice, encountering gravitational forces, concussions, burns, etc.  It was an eye opener, to say the least. I even spine boarded my first injury on the ice. 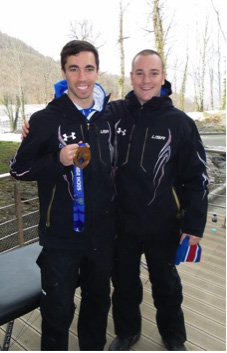 I was evaluated and eventually invited to travel with the team again, this time to the 2008 World Championships in Altenberg, Germany. I spent two weeks working with the Bobsled and Skeleton team, and work I did! There were many crashes, and I utilized every bit of my athletic training education and experience during that period. I began making regular international trips with the team over the next several years. I made sure to volunteer regularly and had the opportunity to experience Germany, Switzerland, Italy and France to name a few.  It was awesome!

Seven years after my work first began with the USOC, I was invited to work “The Games.”  I can’t concisely express what that meant to me. I was able to wear Team USA gear for my country! I would finally obtain a goal I had held so dear for so long.  It was an amazing experience and one for which I will forever be grateful and appreciative. 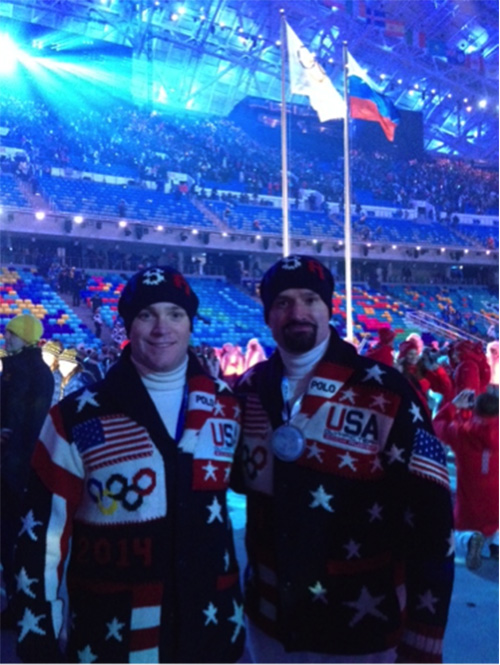 That said, here is some advice for other ATs who are interested in working with Team USA:
For those interested, you can read more in-depth about my thoughts and experiences in Sochi at www.essentialatc.blogspot.com .