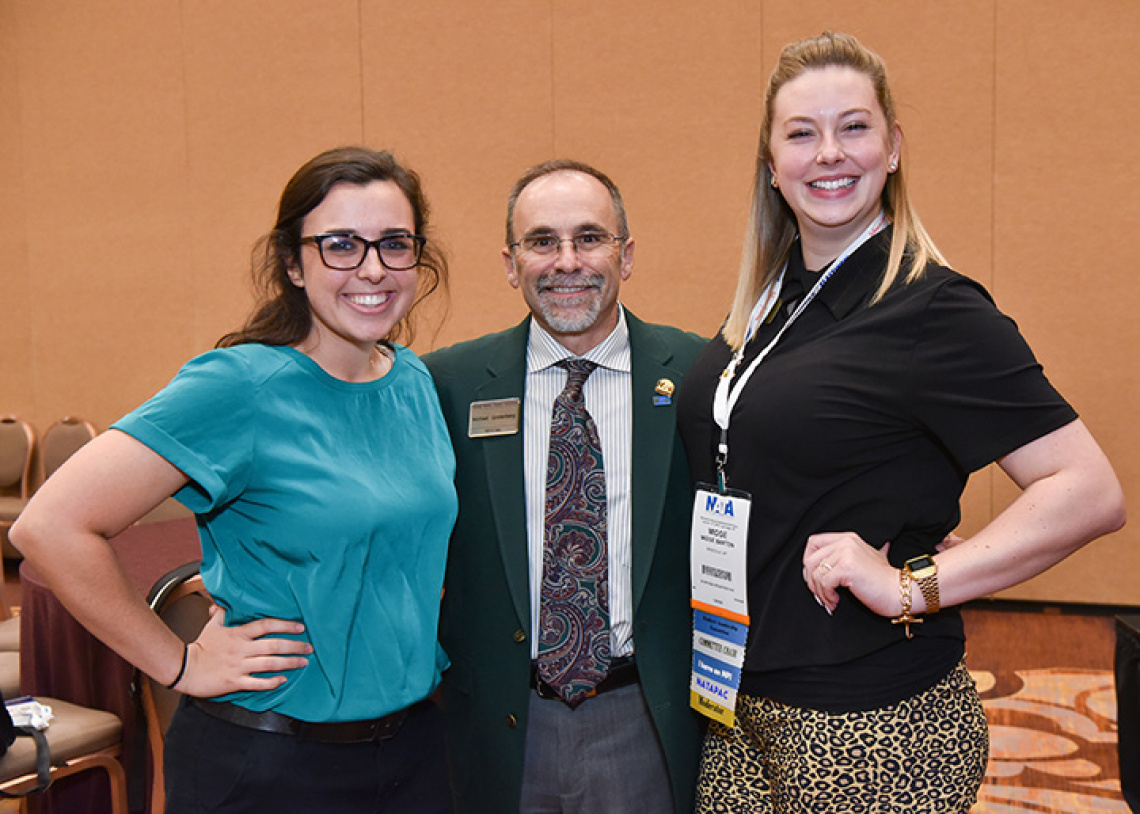 Find opportunities to get involved as a student at the national, district and state level through committees and leadership groups.

Do you want to get involved with NATA and represent your fellow athletic training students at the national level? The NATA Student Leadership Committee is seeking applicants for multiple positions on the 2022-2023 committee (all districts except District 4). If you are interested in representing your district, you are strongly encouraged to apply. Applications will be accepted Sept. 27- Nov. 20 on Gather. For more information, please do not hesitate to contact your current SLC district representative at slcoutreachcom@gmail.com or reach out on Twitter, Facebook and Instagram.

In addition to the NATA Student Leadership Committee, districts and states offer opportunities for involvement through their own student groups.