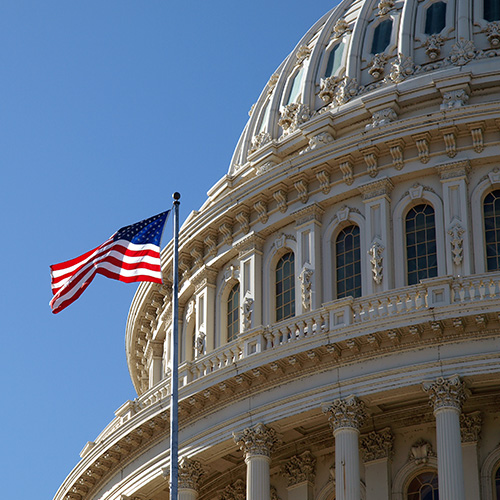 Active voice for the profession

NATA is actively engaging legislators and other health care coalitions and organizations in an effort to raise the profile of the athletic training profession. Through our education efforts to these groups, we promote the recognition of ATs.

NATA is conducting outreach to commercial insurers that currently reimburse AT services to acquire data showing ATs reduce cost and increase quality of care. Learn more about NATA's efforts to advance reimbursement, plus find all resources available to members, in the Revenue & Reimbursement section.

The Bureau of Labor Statistics analyzed the growth rates of occupations related to sports injuries in its Beyond the Numbers publication. Athletic training was one of the professions included and the BLS projects that it will have faster-than-average growth during the 2016–26 decade. More specifically, athletic training is projected to grow three times faster than the average. The full report can be read at the BLS website or you can download the article (pdf).

U.S. Department of Labor Rules on Salary and Overtime Protections

On Sept. 27, 2019, the Department of Labor (DOL) issued their long-awaited final rule updating the salary and compensation levels needed for workers to be exempt from overtime requirements beginning in 2020. The rule’s provisions are based on responses to the March 2019 proposed rule, a 2017 Request for Information, and a series of listening sessions held around the country. For more information on the final rule and exemptions for certified athletic trainers, please see NATA’s fact sheet.

In April 2018, the U.S. Department of Labor (DOL) issued a new fact sheet on higher education institutions and overtime pay exemptions under the Fair Labor Standards Act (FLSA), including overtime pay for qualifying certified athletic trainers.   The fact sheet does not reflect a change in the DOL’s position on exemptions, but it does clarify how the DOL views a variety of higher education jobs.  The fact sheet states that the DOL is undertaking rulemaking to revise current regulations governing the exemption of executive, administrative, and professional employees from the FLSA’s minimum wage and overtime pay requirements. Until a final regulation is issued, the DOL will enforce current regulations that were in effect as of November 30, 2016.

On Tuesday, November 22, 2016, U.S. District Judge Amos Mazzant III of the Eastern District of Texas, a President Obama appointee, suspended the Department of Labor's overtime rule indefinitely. The overtime rule was to expand the number of workers eligible for overtime. The rule's salary level of $47,476, up from the current floor of $23,660, would render 4.2 million formerly exempt workers now eligible for overtime.  In July 2017, the Trump Administration released a request for public comments on the appropriate salary requirements that should be set in place for minimum wage and overtime requirements.

On July 28, 2017, the U.S. Department of Labor (DOL) submitted a court filing in the Eastern District of Texas asserting that it will not defend the Obama Administration’s “Overtime Rule.” The decision not to defend the rule in court essentially means it will not be implemented. However, DOL made clear that it intends to conduct a thorough review to update the overtime policy in subsequent rulemaking. Read the fact sheet.

On March 13, 2014, President Obama signed a Presidential Memorandum directing the Department of Labor (DOL) to update the regulations defining which white-collar workers are exempt from the Fair Labor Standards Act’s (FLSA) minimum wage and overtime requirements. The FLSA establishes minimum wage, overtime pay, recordkeeping, and youth employment standards affecting employees in the private sector and in Federal, State, and local governments. Read more about the U.S. Department of Labor final rulemaking on salary and overtime protections and the U.S. Department of Labor Overtime Exemptions Under Fair Labor Standards Act (FLSA) and new rule.

Overview of Changes to Athletic Training CPT Evaluation Codes in 2017

Since 2012, the NATA has been actively working with physicians and other health care professionals on a new structure to the American Medical Association (AMA) Current Procedural Terminology (CPT) Physical Medicine & Rehabilitation (PM&R) code set. The Centers for Medicare and Medicaid Services (CMS) had identified several areas of the CPT PM&R code set that needed to be reviewed to determine if a better structure could be created or if simple changes needed to occur due to high utilization of specific codes within the set.

A fact sheet on the modifications is available now.

In 2014, NATA provided comments to the Office of Management and Budget (OMB) on the proposed revisions to the Standard Occupational Classification (SOC), encouraging them to reclassify athletic trainers under a category that better reflects their education, licensure and credentialing, training, and practice setting. On July 22, 2016, OMB unveiled proposed changes to the 2018 SOC and did not adopt NATA’s recommended changes. The National Office staff has provided written comments to OMB and is engaging key Members of Congress and other stakeholders, encouraging the Agency to reconsider their position on this issue. Read more about the proposed changes to the 2018 Standard Occupational Classification.

NATA often comments on proposed rules and regulations that may affect the athletic training profession. Read the comment letters.