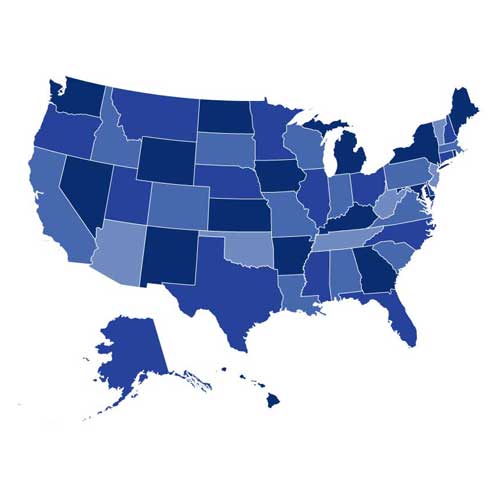 The State Association Advisory Committee provides resources for state athletic training associations and those who are in leadership roles at the state level, including toolkits, webinars and awards.

State Leadership Forum Request for Proposals Do you have a topic you think state leaders would benefit from hearing at the State Leadership Forum? Please submit the request for proposals form online no later than Sunday, January 13, 2019. Each proposal will undergo review by the NATA State Association Advisory Committee. All individuals submitting proposals will be notified of their proposal status no later than March 1, 2019. Submit a proposal.

Four SAAC members will be reaching the end of their terms in June: Sara Bjerke (Div. 1), Terry Dewitt (Div. 2) Mike Van Bruggen (Div. 3), and Jay Sedory (Div. 4). Please join me in thanking them for their excellent service on this committee!

In order to identify their replacements, we are now seeking nominations from interested individuals from each division. Self-nominations are accepted and encouraged. If you are interested in running for one of the open committee vacancies, please follow the election nomination instructions.

Please email nomination materials to the SAAC Chair (scott.lawrance@sbcglobal.net) no later than January 15. Keep in mind that we have a vacancy from each of the four divisions, so all states are eligible. Those elected will have the opportunity to participate in committee activities this spring and will officially begin their term as committee members in June.

Development, training and preparation of future leaders are an important part of any association’s longevity. NATA offers an online leadership course, the Leadership Academy, to encourage association leaders to hone their skills. The academy will grow to include various courses that focus on practical business and leadership topics, from advocacy to negotiating to conflict management.

Through it's State Association Advisory Committee (SAAC), NATA provides funds to State Associations on a fiscal year basis (July 1 to June 30).  Consideration and eligibillity for grant funding will include but not be limited to items such as:

Grants are made at the discretion of NATA.  The intent is to support state association strategic and operational initiatives.  NATA cannot serve as the sole financial support of these efforts, but will provide funds as available to support these iniatives.  Learn more and apply here.

NATA formally recognizes leaders in the athletic training profession at the state level through the Emerging Leader award and the Excellence in Leadership Distinction. Both awards require recipients to be NATA members in good standing with current BOC certification and an NPI number with appropriate taxonomy code. The deadline for nominations is January 15. Nominations open October 1.

The NATA State Association Advisory Committee is excited to open nominations for the NATA Emerging Leader Award and the NATA Excellence in Leadership Award. We would like to recognize deserving athletic trainers who have made significant contributions to their state associations. There is a new process this year, so plan ahead. All nominations are due no later than Friday, January 4, 2019 and those nominated must have their information submitted by Tuesday, January 15, 2019. Awards will be presented at the NATA State Leadership Forum, Sunday, June 23rd, 2019 in Las Vegas, NV. Nominations are open until January 15, 2019.

The Excellence in Leadership award is given to NATA members with 10 or more years of AT service or who have served one or more terms on a state board. These members should demonstrate:

The Emerging Leader Award is given to an NATA member, within their first 10 years of athletic training service, who: